A Marker to Measure Drift by Alexander Maksik: A Master Class in Craft 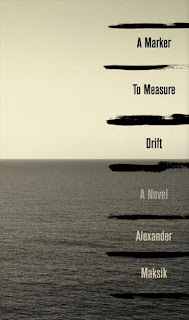 I picked up this novel with no expectations and no idea what it was about. By the time I got to the bottom of the first page, the book had me  by the throat and I finished it on the same day. I wish you could have the same experience, so if you trust me to recommend books, I'd say go and get it, read it, and then come back to read my interview with author Alexander Maksik, below.

Sometimes when I finish a novel that has really lit up my brain, I am restless with questions for the author. Why did you make that choice? What was going on here? This is exactly the type of novel I want to dissect, as if I can get to the bottom of it, find out what makes it so successful. A Marker to Measure Drift has some excellent lessons for writers.

Lesson #1: Everything is Personal.

Maksik's main character is a young black woman from Liberia, and when the novel opens she is starving to death near a beach on a resort island in Greece. Maksik himself is a man, an American, and lives in New York. Yet one of the most arresting things about this book is how immediate and real Jacqueline's experience is, how unfalteringly close the prose brings us to her, physically and mentally, so I asked him...

LN: Your main character is a 24 year old African woman, and your novel is an antidote for that poisonous advice: "Write what you know." Your voice never felt contrived, Jacqueline's voice never felt artificial, and the relationship between her and her mother seemed to me to be particularly authentic. Did anyone ever tell you to write what you know, or imply that you couldn't properly write this character because you're a man?

AM: I don’t think there’s a writer alive who hasn’t heard that adage. The problem is that it’s often misunderstood as law, as a kind of strict limitation: you must only write about your immediate experience. It’s an absurd idea and it goes counter to the whole idea of fiction, the point of which is to fabricate, invent and imagine. On the other hand, what I know about relationships, about sorrow, about joy, about love, about lust, about loneliness, I know from experience. How can I not use what I know when I’m writing about these things? The adage should provide writers a sense of freedom rather than restriction. Writing fiction should be an act of deep empathy, a way to inhabit lives outside of our own, to imagine the experiences of others.

As for the rest, I believe strongly that it is the writing that must be evaluated. Not the writer.

Yes. Just because you're not in the demographic of the character doesn't mean you're not writing something sharply personal, something you "know" intimately, something from your own life.

I'm always interested in the structure of novels and how these structures emerge -- whether they spring up fully formed in a first draft or whether they're the result of revision, rearranging. This book stays very tight to a short timeline, with flashbacks to earlier memories and scenes. However, the flashbacks aren't tidy and informative as flashbacks can sometimes be -- arriving just in time to provide a piece of information to a reader. The way Maksik handles his flashbacks, they're more glimpses or really "flashes" and the scattered way they came through seemed to mimic real memory and how haphazard and uncontrolled it can be. As a result, we don't really get "the whole story" wrapped up neatly, but we do get the whole story that's important to the character in the present. And I never felt like "Ah, I'm being filled in on the backstory." 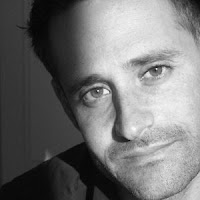 LN: I found your choices regarding timeline fascinating -- there is a lot of the story that's left out, and yet we know enough, as readers, to follow the emotional arc of the character if not every little detail of her life. Did you write this book longer, and then cut? Or did you always know that this little piece of her story, with the past bleeding in in fragments, would be enough?

AM: I knew early on that this would be a short novel, and that it would be focused very precisely and intensely on Jacqueline’s immediate life. And I wanted as little separation as possible between Jacqueline and the reader, who would know only as much as she does. I like the idea of coming to understand a character through fragments, as you say. That’s the way we come to know people in life, isn’t it?

Whether or not it would be enough to be successful is another question entirely. I hoped so, but I certainly wasn’t sure. I’m still not.

Another rule that Maksik violates, without drawing much attention to it at all, is the directive we've all heard to keep verb tense consistent within a novel. The end of the book moves to present tense. Switching verb tense is something close to my brain, since I've just finished going through revisions on a novel with some present tense sections, and it was a point of debate, whether that should be allowed to stand. When I asked Maksik about it, he didn't explain his choice or defend his scheme -- it seems he had no scheme and feels no explanation is necessary. He's just letting the material dictate how it needs to be told, and there's a narrative instinct at work there that he doesn't question. This answer was enormously satisfying for me to read, especially when he brought up another paragraph in present tense that I hadn't even noticed. I almost wanted to ask: "And your editor let you do that?" But the point is he knew it was there, and while it wasn't intentional it also wasn't an oversight. Somewhere between intention and oversight -- this must be where instinct lives.

LN: You switch to present tense in the final section. I feel it torques up the tension beautifully and almost invisibly draws us closer to Jacqueline as the book peaks. At what point in your process did you decide to do this, and why? Did you write other bits in present tense, and change?

AM: With that kind of thing, I really go by feel, by instinct. It wasn’t a conscious consideration, but I didn’t hesitate to do it. There’s another brief passage (p. 92) in the present tense. A single paragraph. I can’t say exactly why I made that choice. It hardly feels like a choice, really. It has something to do with that moment being a significant turning point in the novel. I could go on about it being a moment of tremendous relief for her, of change, of deep engagement. But that would suggest some serious intention and consideration, which if I’m to be honest really isn’t the case.

A Marker to Measure Drift is dense, foreign, and beautiful, but ultimately it is a very simple book. Here is a human, detached from humanity, in pain and need. The world swirls around, the past lingers, but this human is at the center, small and yet deep. Maksik's prose brilliantly delivers -- I think he has fully realized what this story could be, and has told it in the best way possible. An amazing accomplishment. Of course you should read this book, if you are a reader who is looking for a great story. But especially if you are a writer, this is one you should not miss.

(Find Alexander Maksik on Facebook and Twitter and you can preorder a signed edition here.)
Posted by Lydia Netzer at 2:58 PM 33 comments: