Well, this has been exciting. My post on marriage by the numbers so far: 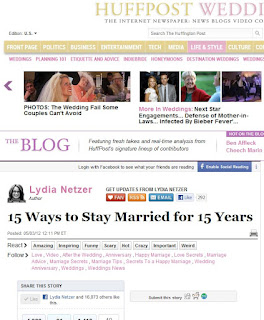 I've gotten a lot of really wonderful emails in addition to some really vile, hideous ones, which were also somehow awesome. A lot of requests for advice, which I tried to answer or ignored based on whether I thought the person only wanted to be told they were right, or really wanted to work on their marriage.

My big fear that we would immediately break up or murder each other the day after I apparently set myself up as some sort of expert on marriage was not realized. WHEW. We're happily married even after almost a month of me marching around the internet boasting on us, which in retrospect could be seen as not only tempting fate but shaking my ass in fate's face and laying down a double dog dare. I attribute our marriage to Dan. Most of the "rules" I stole off him anyway. He's a good guy.

The most fun thing that happened was that I got to go on the radio here in Virginia and talk about marriage on a rock and roll morning show. Here I am doing it: 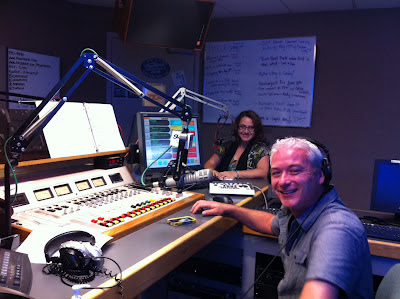 And here's a video that includes an edited audio file from my interview with Chuck Doud and Woo-Woo on 94.9 The Point.