Surviving The Quincunx by Charles Palliser Yesterday, watching CNN, I saw a feature piece about a man who has been feeding the homeless daily out of the back of his truck in a Queens neighborhood for ten years. I found myself astonished that such a man could exist, that such selfless charity could be going on. Surely he must have some hidden motive, some personal failing out of which this commitment has arisen. He can't be just a NICE GUY doing a NICE THING for people in NEED. Of course, he can. He does. Nice people do nice things all the time with no hope of personal gain, no secret, devious agenda. I just had a hard time believing it.

I blame Charles Palliser, and his novel, The Quincunx, which I have been reading for about a month. This 800 page behemoth of a Victorian novel (neo-Victorian? 1989) drags its readers and main character through every milieu of horror, every site of human want and degradation, through the most wretched poverty, the most abject misery the 19th century had to offer. And of course, the 19th century offers plenty. Feel like you've been there, done that? After all, you've read Dickens, right? Seriously, this is Dickens on crystal meth. Imagine the nightmares of Dickens, but without the comfortable distance of Dickens' hyperformal language. And imagine that everyone, everywhere, is purely selfish, purely wicked, and does nothing for any reason but blunt personal gain. The protagonist of this novel, who starts out a boy and ends up a much thinner, much more suspicious boy, lives through every possible awfulness of the time, from agricultural slavery to being a knife-and-boot boy, to various murder attempts, and many, many, many betrayals. Everyone who appears to be trustworthy is false. Everyone who offers love is immediately killed or destroyed.

It is BAD. It is bad in early 19th century England. Very very bad.

However, I am glad I read it for two reasons.

First, if I'm ever tempted to be one of these people who says, "How dare the government take my money to give it to poor people? Leave that to the churches and to my personal charity!" I have only to recall what the churches and individuals of the time were able to do for the working class when the industrial revolution was just beginning, when common lands were being fenced and sold, when there were no legal protections for children, no laws governing labor, no laws governing housing standards, etc. Individuals and churches I'm sure did a lot for a lot of people, but it wasn't enough, given the grinding, irresistable motivation of people to get more money, more power, more property. You could read this book and come away saying, "Wow, the poor in this country really have it made." And I say that's a good thing. I don't want to have to step over dying people and starving orphans. Paying taxes will be just fine, thanks. The thing is, and this is what became clearer to me while reading this book, that without public education, school lunch programs, health care, and other entitlements, there truly is a caste system from which there is no escape. Without money, you can't get money, and you are just trapped. Palliser is a scholar, and he researched the book for 14 years. He's truly captured the period, and seeing it played out before you in such lurid and exacting detail is so much more compelling than reading about it in facts and figures.

The other reason I'm glad I read it is that it was a great read! I was completely fascinated by the time I was ten pages in, and the story just grabbed me by the collar and railroaded me right through to the end. It was almost un-put-downable and I spent many sleepy mornings having stayed up way too late the night before. It is *not* a morality book, although I've spent time talking about that aspect of it. I haven't talked about the plot at all, but much has been 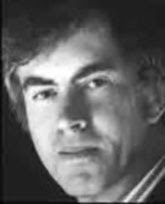 made of the mystery in the extremely elaborate, very intelligently wrought story that drives the book. Go here if you've read it and want to ponder all its intricacies. It involves an inheritance, a murder, and a whole lot of family tree.

If you do decide to read The Quincunx, make sure you have some time set aside to cope with obsessive reading. And it might be good to take this one on in the summer months, when you can go outside periodically and remember that life is good, that people can love, and that redemption is possible.
Posted by Lydia Netzer at 3:15 PM