Everybody's Baby, an Original E-Novella about Love, Motherhood, and Kickstarter

Last fall, I had a crazy idea for a story.

What if a young, tech-forward couple funded their in vitro fertilization on Kickstarter, and then sold perks to donors -- perks like naming the baby and cutting the cord? Technology, love, parenthood -- in a weird way the idea was right in my literary lane. I got excited. 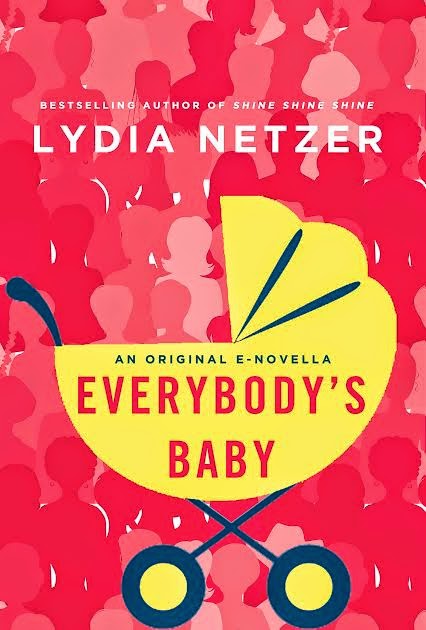 I was deep in another novel, but I decided to try writing this Kickstarter story, to see where it went. Twenty-thousand words later, I was in love with the characters, their heir love story, and the story of how they became parents. I brought it to my agent and then to my editor.

They thought it was a great idea! We came up with a title: Everybody's Baby. We worked in some plot twists, some new scenes, new characters, and started planning how we could best deliver this book to readers.

The most interesting thing about the project is that it is so very now, a snapshot of life on the internet the way it is right this very moment -- it's about Twitter, Tumblr, Facebook, Pinterest, even Get Off My Internets and Jezebel, and of course Kickstarter. Putting this book on the schedule for publication in 2016 or even 2015 meant that it would be less current, and possibly even completely irrelevant, by the time it came out -- a dilemma unique to our high tech world, and as it happens one that could be solved by technology as well. The wonderful people at St. Martin's Press came up with the idea to release this story as a novella, direct to e-readers, which would allow us to bring it out before my second book, which is due out in July.

I am thrilled to announce that my original e-novella, Everybody's Baby, will be published by St. Martin's Press on June 3, 2014 (in two months!) and that it will be available in every format imaginable! There are links below to pre-order. I hope you do!

Here is the catalog copy, to tell you a bit more about the plot:


I'm so excited about this story you might even convince me to come and tell it to you in interpretive dance, but for all of us it might be easier to if you pre-order it at one of the following retail links:

The great news is that due to the wonder of apps, you can buy this book for your Android, iPhone, or whatever, and even support local bookstores like Fountain Bookstore in Richmond or Prince Books in Norfolk by using their links to buy via Kobo. Got your own favorite indie? Use their domain.com/ebook/9781466867840 and see what that does for you.

I hope you enjoy this new story. I can't wait for you to read it.
Posted by Lydia Netzer at 10:00 AM